A further contribution on behalf of the police forces at the 5th International Eumos Symposium 2017 in Vienna was made by Alfred Lampen, Police Chief Inspector in Rastede, Germany. At the Austrian Federal Economic Chamber, he spoke about “VDI guidelines and EN standards”. Mr Lampen is a former highway patrol officer in Oldenburg, expert and member of various national and international panels. He is very familiar with the daily routine on the roads.

“The driver always loses – even if it is only time”, says Mr Lampen. The goal of roadside inspections is undisputed. They are a preventative measure to increase road traffic safety. However, there are no uniform guidelines regarding these inspections.

Each state has its own laws

How is cargo inspected in Germany, and how is it inspected across Europe? Each state has its own legal foundations. The EN standards are valid in Europe – in Germany however, the VDI guidelines are to be observed additionally. These are a good aid, but are not always known, especially to foreign companies. This means that national laws determine the goals of the cargo securing process, the EN standards fix the requirements for implementation of these goals, and the VDI guidelines fill the gaps left by EN standards.

It’s not what you say, but how you say it

The low availability of specific literature explains the often-incomplete specific knowledge of inspectors. Friction, preload force, suitability of packaging, correct distribution of weight, stability of the vehicle body structure, load capacity of auxiliaries, location of the centre of gravity, load weight and much more – all these are issues in the conservation of evidence. For Mr Lampen, even from the perspective of officers, it’s not what you say, but how you say it.

Mr Lampen voices a lot of criticism for phrases such as “The accepted rules of technology are to be observed” (§22 par. 1, StvO (highway code)) or missing information about material strength. This is where theory and practice diverge. “If you don’t say what you mean, you can’t expect people to do what you want!” Mr Lampen says, explaining the safety issue and the associated problems the police encounters while conducting inspections. He heavily criticises imprecise statements in some of the standards. The person undertaking the inspection needs information, too – especially if a vehicle is passing through several states. One suggestion would be for Eumos to conduct inspections that work in a standardised manner as well as internationally. 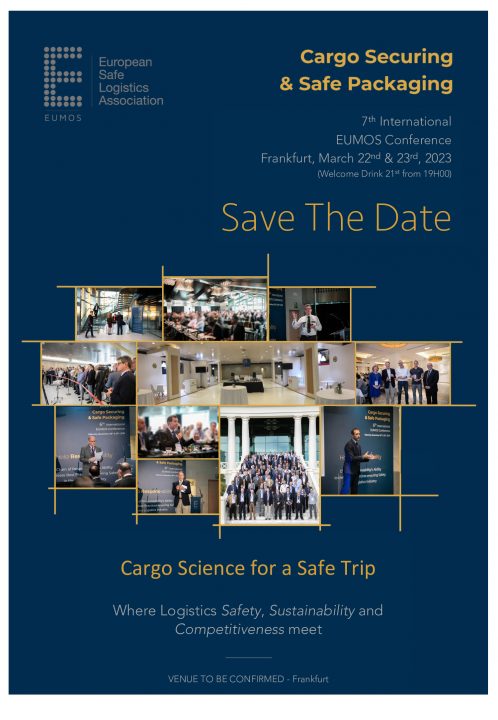