Dangerous Cargo – Transporting gas in a van or motor home

Cargo security plays an essential role in the supply chain and freight forwarding industry. Thus, more and more professionals in the sector are committed to securing cargo to provide safe and efficient transport.

The European Agency for Safety and Health at Work ¹ estimates that poor load securement is responsible for 25% of accidents involving trucks.

On the other hand, another study² estimated that obstructing loads are responsible for 200,000 accidents in the United States each year. Of those accidents, two-thirds are due to poor load securing.

The different load securement methods are aimed at preventing these accidents, protecting the people involved in the distribution cycle and guaranteeing the safety of the load.

To this end, a series of good practices and procedures are established for the stowage and securing of cargo in the vehicle so that it does not shift inside or outside the vehicle.

The problem with deformation is not just about the cargo toppling over. If the load gets deformed, it might get rejected by the recipient at any of the logistics centers. In automated warehouses, there is usually a clearance gauge where the load is received that discards loads that are deformed since they are at risk of toppling over. Outside automated warehouses, excessive cargo deformation might prevent it from being stored on shelves, and even lead to serious accidents.

But the biggest problem with a package that fails to stay upright is the lack of stability that endangers carriers and operators during transport and handling. If the packaging system is not stable enough, the load could tip over or even have serious consequences, ranging from product loss to personal injury.

An unfortunately common accident takes place when the doors of a container or transport are opened, and the load is tilted against the door. When the door is opened, it results in an avalanche that sometimes results in crushing fatalities.

Another problem that results from a lack of stability during transportation is the cargo projecting out of the vehicle. This problem is so serious that governments around the world require packaging and transport to withstand a certain degree of acceleration.

Typically, 0.8G in the direction of travel and 0.5G sideways and backwards. Countries as distant as the United States, Australia and Japan have transport stability requirements in place. The European Union has gone one step further and has established the EUMOS 40509 standard and the norm EN12195 to evaluate stability.

To ensure that the design of a palletizing system is safe, it must be subjected to various transport simulation tests before being put into the actual distribution cycle.

Testing methods confirm that the method of wrapping, the amount of shrink film, the chosen height and the use and pattern of placement on the pallet are appropriate.

Ultimately, testing methods provide companies with information on how the palletized load will react to contingencies in the distribution cycle and verify that pallet stability has been achieved. In this context, there are two test methods directly related to load stability: EUMOS 40509 and EN 12195.

EUMOS 40509-2020³ describes a test method for analyzing load stiffness. For this purpose, dynamic horizontal forces or accelerations are applied to evaluate how the palletized unit reacts and to examine its stability.

EN 121955 proposes a standard for load securing devices on road vehicles. By applying the calculations proposed in the standard, road transport companies can design a suitable load securing system. For this purpose, the standard defines several coefficients and formulas to be used, as well as different reference tables for subsequent calculations.

Among the procedures described in this standard are blocking, lashing and various combinations of both methods, so that the load is secured to the surface of the vehicle. It is intended, in any case, for the design of stowage methods for vehicles with a total weight of more than 3,500 kg.

Later, it is possible to test the selected load securing system, for example, using the Tilt Testing Tool of Safe Load Testing Technologies6. This tool allows companies to perform tilt tests to evaluate the stability of the load.

Then, through the EN 12195 standard, it is possible to ensure that stowage is appropriately performed for the type of goods being transported and the means of transportation, in addition to providing adequate patterns to classify, package and label the load based on its characteristics.

EN 12195 standard is aimed at any company that transports goods by road, since these companies are considered to be the ones responsible for guaranteeing adequate and safe stowage of load.

This includes actors such as those in charge of packaging, those who load the goods on the vehicle, transportation companies and any other operator involved in the stowage process.

When evaluating lashing systems, it is necessary to use machines specifically designed for tilt simulation. However, when testing packages, any system or machine that allows one part of the sample to be lifted may be used.

Indeed, the EN12195 standard on tilt testing makes no mention of the machinery to be used; instead, it outlines a simple testing procedure: the sample is placed on a flat surface and tilted as far as possible, and the sample can resist.

For this reason, package stability testing systems are many and varied, including non-controlled elevation systems such as block & tackles and forklifts.

That said, these systems do not guarantee reliable results or allow for test repeatability.

Safe Load Testing Technologies´ innTilt system goal is to address this inadequacy – a system that is specifically created for an intuitive performance of this simulation, enabling the obtainment of accurate results and designed as per the EN12195 standard.

Thus, the tilt testing tool can be used for:

Tilt testing consists of a testing procedure to evaluate the stability of a load and the resistance of cargo securing systems under similar conditions to those that take place during transportation, in a laboratory environment. For the performance of this test, the load is tilted to a predetermined inclination or until failure, observing how the package reacts in order to improve it.

To carry out this last step more accurately and efficiently, Safe Load Testing Technologies has developed innVision, a leading and unique program in the market applied to transport simulation technologies for load deformation analysis. The innVision ST includes a high-speed camera and software to record and measure the unit load deformation when performing a tilt, drop or shock test.

When focusing on the types of products that could benefit most from this test, this could be the case for products with high rigidity that are transported as a compact unit in packages with little slack, such as products in the furniture, appliance, electronics, or ceramics sector. 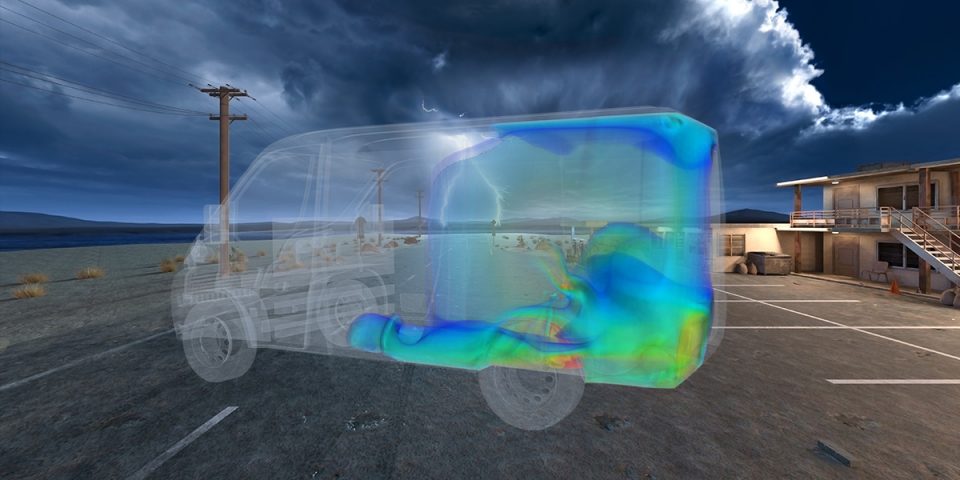 Dangerous Cargo – Transporting gas in a van or motor home 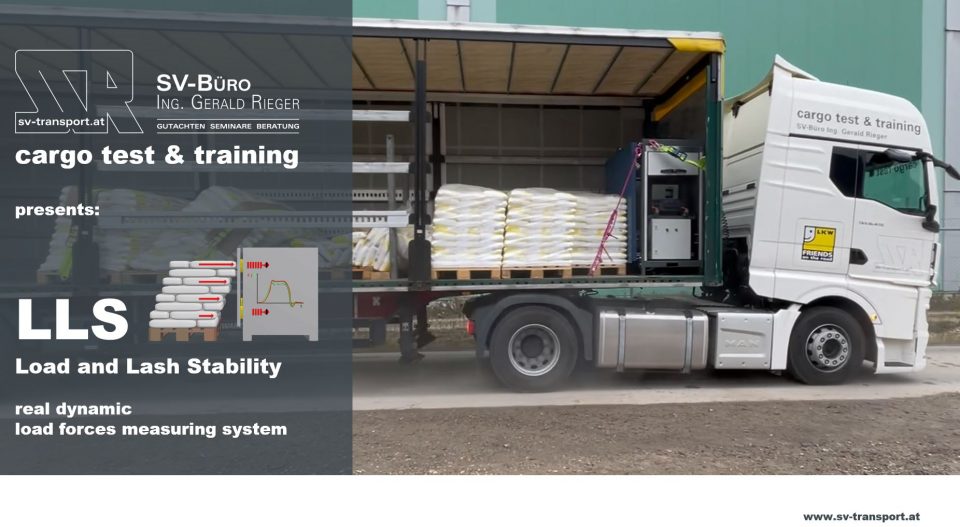 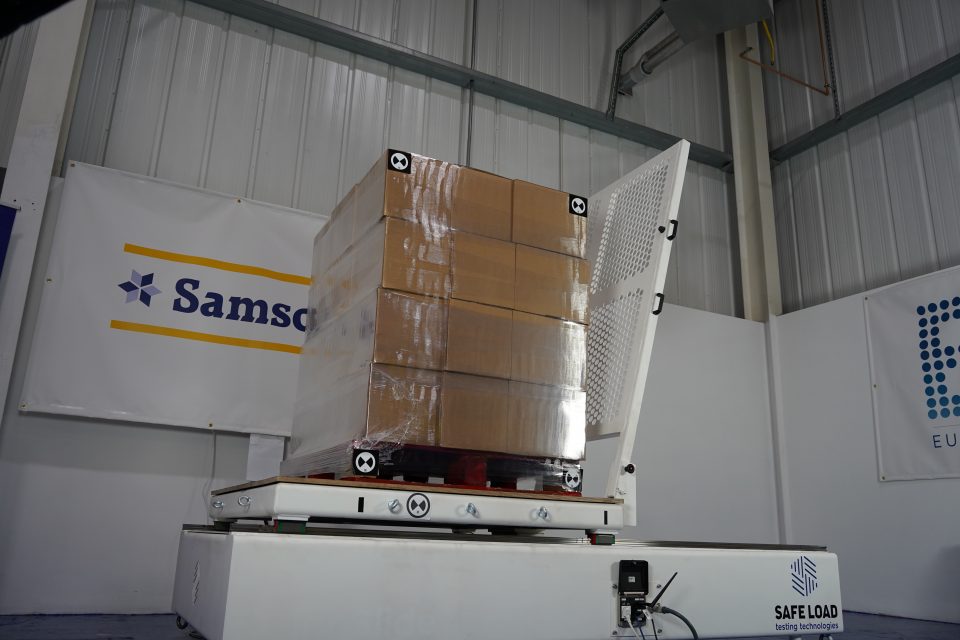