Eumos – the European Safe Logistics Association – strongly welcomes the Revision of the EU Roadworthiness Package, with Directive 2014/47/EU regarding the technical roadside inspection of the roadworthiness of commercial vehicles being of particular importance for Cargo Securing. Roadside inspection is vital for Road Safety and the EU Directive has gone a long way in improving the safety of vehicles on European roads and therewith moved a step closer to the EU objective of zero fatalities on the road by 2050. Against this background, “the time is ripe to focus on areas for further improvement in the interest of reaching the EU objective” as said by Eumos President Angel Hernandez. The Cargo Securing provisions in Annex III of the Directive are by Eumos experts considered as one of the biggest steps forward ever taken by a governmental body in creating awareness and best practices concerning Cargo Securing.

About 8,000 people die or suffer irreversible health damages every year on the road in accidents with a root cause in inadequate cargo securing. In Angel Hernandez view, the Cargo Securing provisions in Directive 2014/47/EU with some minor adjustments could achieve the elimination of this risk and help reaching the EU objective of zero fatalities on the road. By introducing mandatory and scientifically proven Cargo Securing rules we would achieve harmonisation and we could get close to maximum Logistics Safety. This should go along with the introduction of requirements on cargo safety cards – the information carried along with the load transported – and targeted training of professionals in Cargo Securing.

The discipline of Cargo Securing reached a European level about one decade ago when scientists and experts from across Europe joined forces in laying out how to standardise Cargo Securing and Logistics in order to ensure the safety of the cargo itself as well as of people using the same roads. Out of this cooperation, Eumos was established and in 2012, the new association introduced the standard EUMOS 40509 – a test method for load unit rigidity, recently revised by adding new elements to the evaluation methods. Prof. Marc Juwet, Programme Director of Electromechanical Engineering and Professor of Machine Design and Innovative Logistics at KU Leuven, is one of the founding members of Eumos and advises on all Research & Development and Standardisation projects by Eumos. He says “EUMOS 40509 provides the most precise results in relation to other standards regarding load rigidity due to its conservative gradient requirement on an acceleration bench. This as well as the other EUMOS standards have been elaborated by the highest-level experts in Cargo Securing and Logistics Safety who can strongly contribute to making European roads safe.” EUMOS 40509 and EUMOS 40511 were introduced into the EU Roadworthiness of Commercial Vehicles Directive in 2014 due to the fact that it had been coordinated on an EU-wide basis.

Eumos has since its establishment grown into a large organisation of members and collaborators from academia, training, industry and testing across Europe and beyond uniting the best experts from the private and public sectors coming from different angles of Logistics Safety. Eumos members are committed to cooperate by sharing expertise in order to maximise safety on the road. Since the introduction of the two Eumos standards into the EU Directive, Eumos has dedicated its efforts into spreading the knowledge about Cargo Securing measures and rules as well as into a better digital tracking system of the Cargo Securing chain from planning, packing, loading, transporting to finally unpacking. Eumos has developed the standards EUMOS 40607 regarding the Qualified Expert for Cargo Securing and Transport Packaging and EUMOS 40674 regarding Cargo Safety Cards outlining minimum requirements to ensure maximum effect.

With the transport of commercial vehicles in today´s globalized economy moving across national borders, Eumos sees it as its duty to contribute to the current Revision of the Roadworthiness Package in its area of expertise of Logistics Safety in the interest of saving lives across borders. Standards – in particular European standards – set the technical framework for the conditions of cooperation within Europe. EU legislation helps ensuring an internal market by including such technical standards for specific activities requiring the highest possible safety. We see the continuous work of the European Union and its Member Status to improve the internal market also in this sector as crucial and as an association we will do anything lying in our hands to support it. 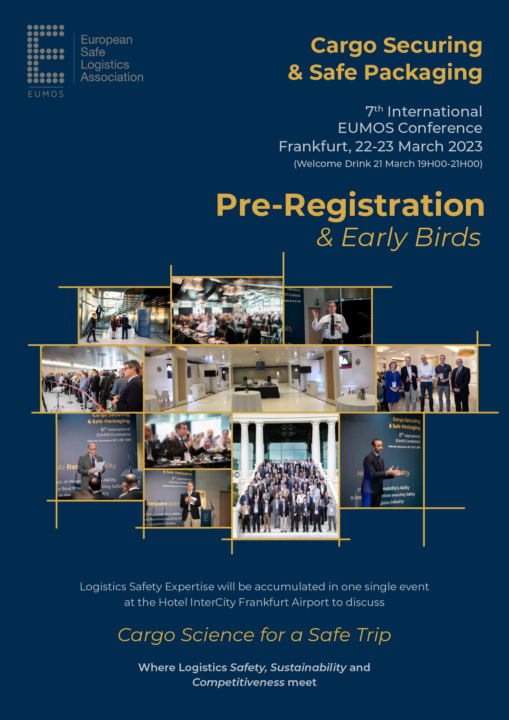 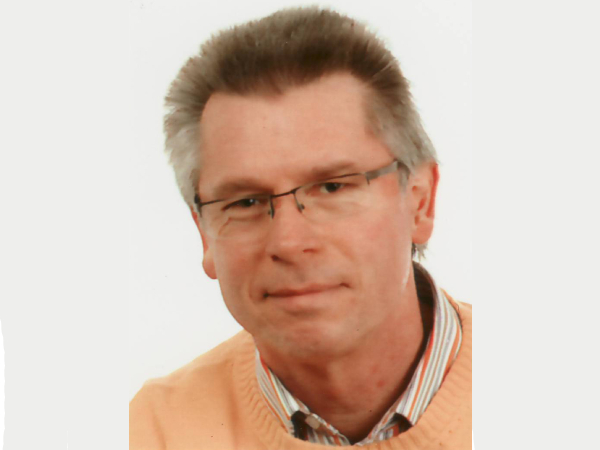